You Spoke and I Listened

You Spoke and I Listened

Thank you everyone who's played the new demo or been part of the beta! The feedback you've all given me is invaluable, and I'm so happy to see so many people having so much fun with the game. A new version of the Beta is available, which you can grab from

But, a few of you who have gotten all the way to the end of the Beta have given some great suggestions where I can improve. It feels like a little more could be done with the boss encounters, right? Especially as we near the endgame. Well, I've head you, and I have a solution.

Trailblazer uses a Standard Turn Battle (STB) system, allowing each battler to act once per turn, but also getting to act as soon as you choose an action. After much deliberation, Trailblazer will be moving to an Order Turn Battle (OTB) system. The interface for this new system looks like this:

But don't worry, switching to OTB won't change how the game is played. Battlers will still act in order based on their Quickness attribute, and you'll get to act as soon as you choose an action. In other words: your everyday encounters are still going to feel the same.  Where OTB shines over STB is in:

So let's look at each of these, and see how this will work to improve the depth of Trailblazer's Boss Fights in the next version of the demo.

Current and Next Turn Visibility

Being able to see both this and next turn means that not only can you better plan out your moves better, but it means that some of the more underutilized skills like Trick Shot and Coursing River (which push enemies' back in Combat Order) are more apparent in how they function. You'll actually get to see the enemy's position move backward as a result of your actions. In fact, Trick Shot even has a hidden property. Use it with a single gun and you'll knock the enemy back 2 Spaces; but equip two guns and it'll knock them back 4! And if they've already acted this turn? Well, they get moved back in their next turn.

Turns are even more versatile now. One way is to allow you to delay your action until the end of the turn. For example, Aim to Misbehave used to be an instant buff to Accuracy and Crit Rate. But now, aiming will take you the rest of the turn, meaning you need to use it more strategically. Don't worry, Aim to Misbehave offers a much bigger punch, as the Accuracy and Crit Rate are now higher than they used to be, and it gives a bonus to damage as well - and not just to ranged Feats, but to all skills - even things like Don's Tools and Virgil's Brews! But be careful, because enemy Sharpshooters can do the same thing. If you ever see one use Aim to Misbehave, it means he's going to end the round with a powerful attack, best to take care of him before that happens!

Battlers Can Have Multiple Actions

While this won't be affecting player-characters, it will affect bosses. Just like in Octopath Traveler  and recent entries of the Dragon Quest and series, many bosses will be able act more than one time per turn. While crowd control like Stunning or Tripping is still very helpful, they will no longer trivialize boss encounters. Get ready to get your combat wits tested, as these multi-action bosses have have had their AI and skill selections changed to provide a more dynamic combat experience!

Take for example, the Younger Brothers. One is a Tank, another is a DPSer, and the third is a Caster. Together, they make a well-balanced boss fight. But beware, each time you kill one, the surviving brothers each gain an additional action. Do you take them down one-at-a-time and risk the final brother getting 3 actions per turn? Or do you carefully set up your attacks so you wipe them all out at once? You'll have to strategize and  adjust your plan on the fly during this interesting new encounter! 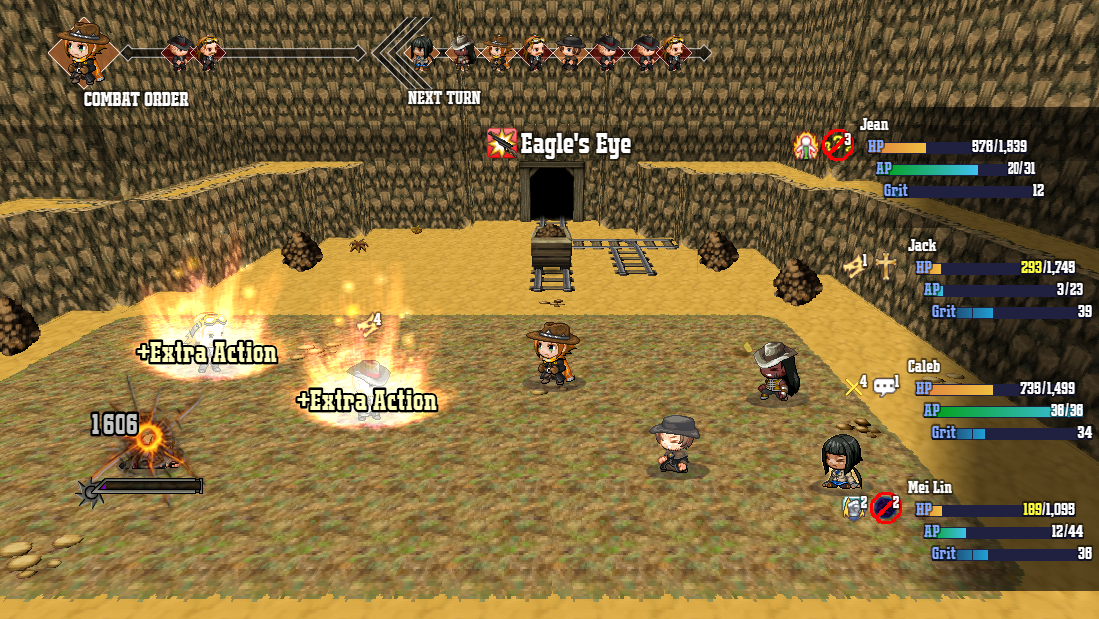 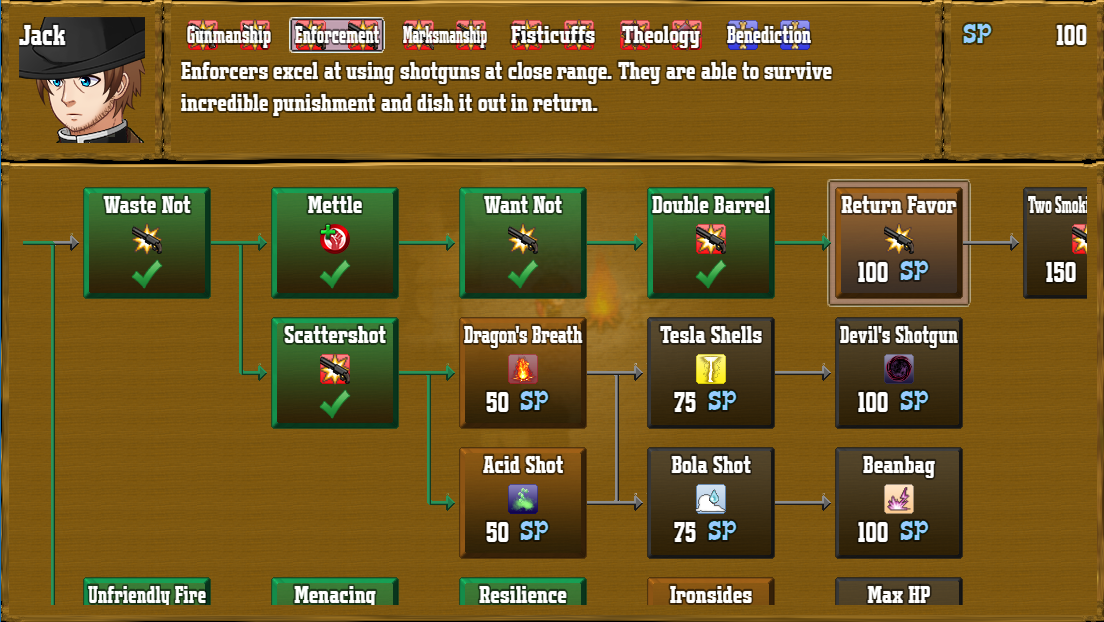 New Treasures, including Haberdashery that grant the wearer new skills:

If you'd like to try these new changes, they are currently live in the Beta version, and are backwards-compatible with your previous saves. Just re-download from the link I provided you, or message me again for a new link.

And don't forget! There's still 2 open positions for anyone who can find the Pocketwatch to get a cameo in Trailblazer!

They used to defend like cover and deal all damage taken reduced by 50% for one turn, and also faster to the next turn.

Yes, that's already the case. Taking Cover also reduces the duration of Status Effects, and gives you a good amount of MP