A New Streamer Enters the Scene and other Updates

Last Week, a YouTuber by the name of BigSquirrel played Trailblazer. While he normally plays mainstream RPGs, he's expanded to start a new segment called "First Crack Fridays" where he looks at RPG Maker Community and other indie RPGs. He does a great job with voices, gameplay, but he takes a unique twist that is unique among RPG Maker LPers: he treats the video like a walkthrough. He is very good at picking up on game mechanics and systems, and so as he plays, he's handing out advice to people who may play your game on how to be successful, good strategies for bosses, or how to solve puzzles. If you haven't yet, I highly recommend you take a look and subscribe.

In other Trailblazer news, the next release is very close. Chapter 4's Beta version is nearly done, with just a few more custscenes left to put in. This next version is going to be full of updates and changes, fixing many minor issues that have been with the game since launch.

The first big change is to the game's graphics. Gone are all the squared-off cliff edged and shadows. This isn't going to change anything about the gameplay, but it sure does make it look so much nicer! 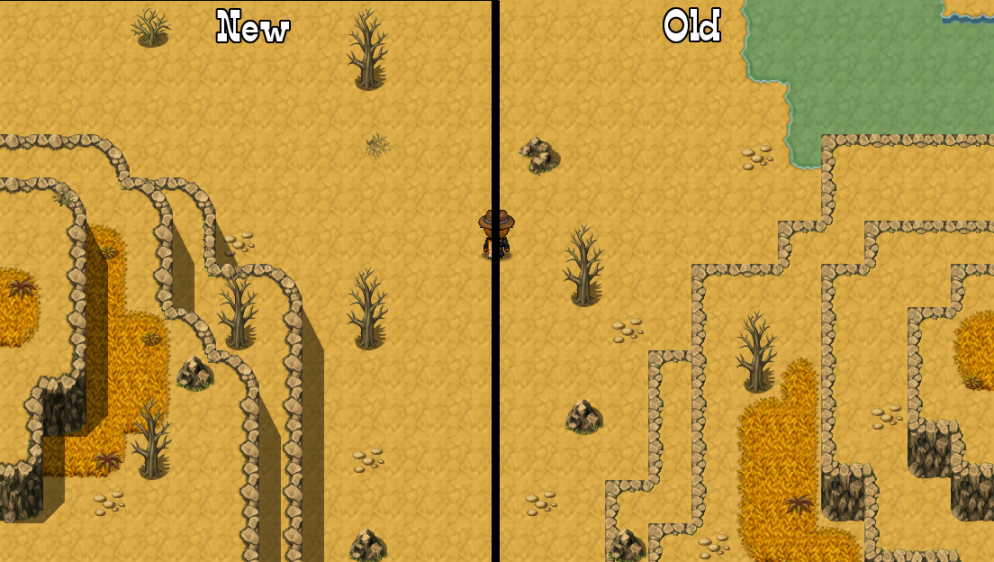 Another change is going to be to how Pistol Whip and Buttstrike work. As a free-skill that everyone gets access to that also knocks enemies Out Cold, this was quickly becoming a meta-defining design decision and it was quickly becoming far and away the optimal strategy to abuse this skill in every encounter. To offset this, performed a few changes that will make battle more strategic and well-rounded. First changing the skills from KO to Stun, meaning that enemies only miss 1 turn instead of 3. The next was make all negative status effects and debuffs uniform, granting immunity for 3 rounds - not just full control like KO, Stun, and Prone. Lastly was to tie the skill to an Accessory. Jean will now begin with a Tin Star, which grants the Stun Skill. This new Stun skill changes name depending on the weapon equipped, so having one or two pistols equipped makes it Pistol Whip, while having a Rifle or Shotgun equipped will make it Buttstrike. You'll have to play on your own to see what the skill looks like for Bows, Knuckles, and other weapons! 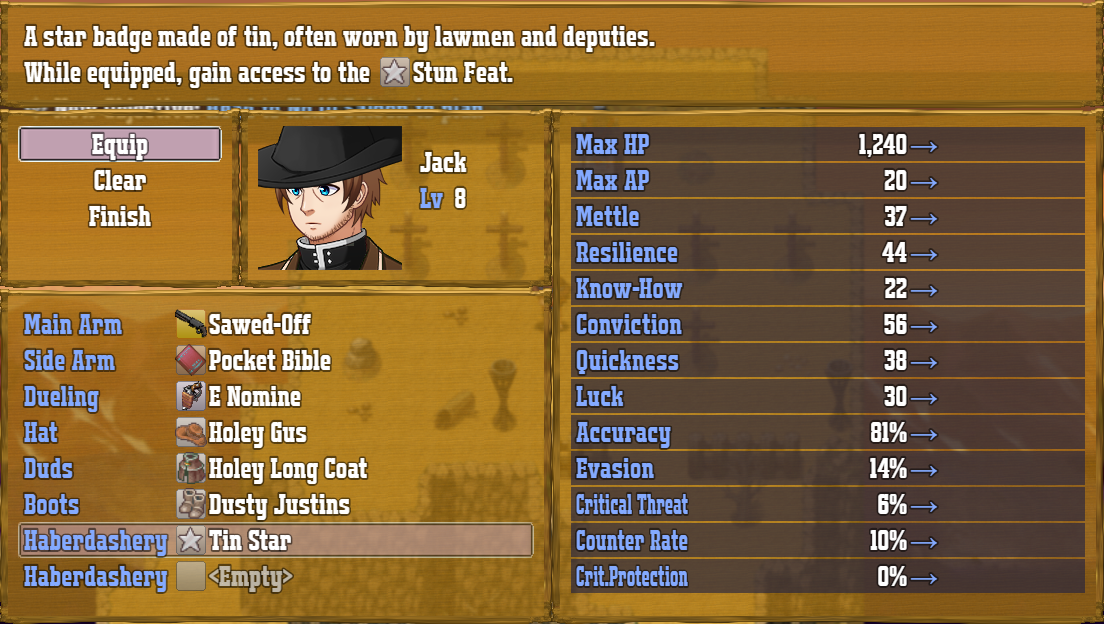 The last big change has been to give Jean access to a new skill. Friends on the Other Side is no longer only a Shadow Damage resistance buff, it allows him to "read" the weaknesses and resistances of enemies - including both elements and states. It also builds Grit very quickly, so it's a great skill for first-time players that don't want to experiment to find enemy weaknesses. 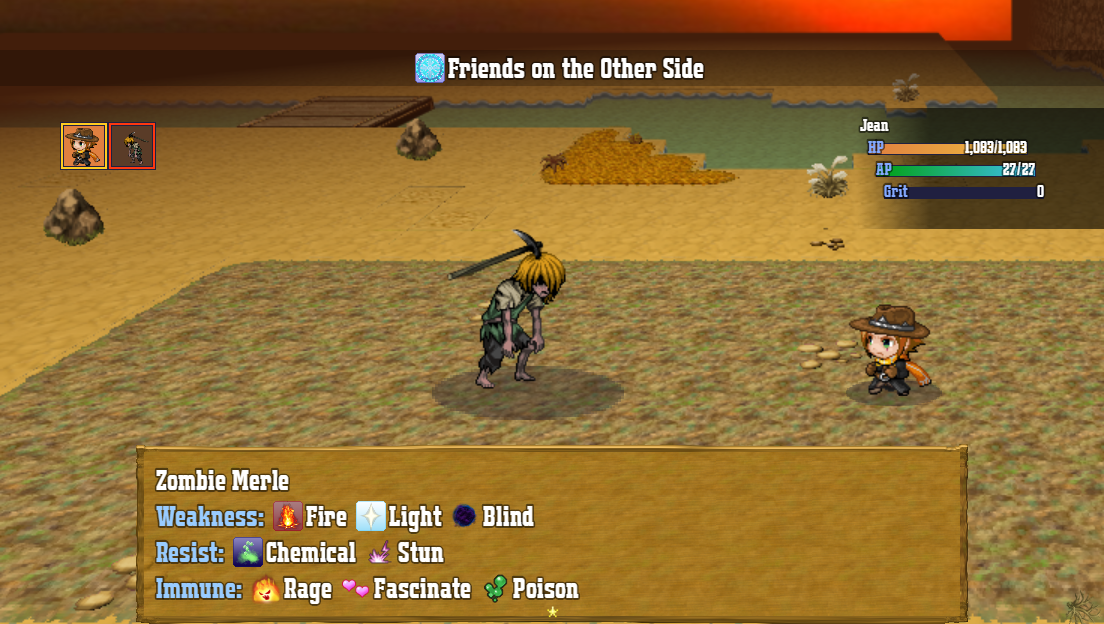 I'm working very hard to get these cutscenes completed, so thank you so much for your patience. I'm hoping to have the Beta available on the RPG Maker Beta Tester's Discord server by Labor Day (Sept. 5th). Chapter 4 is going to be a big one for story, and we'll finally get the re-appearance of a fan favorite that we haven't seen since Chapter 1: Diamonds!

Get ready for the next update! And make sure you join Human's RPG Maker Beta Tester's Discord server so that you can get a crack at all the new content!