Trailblazer has moved onto its next phase of development!

First off, to those who were involved in the Closed Beta, THANK YOU SO MUCH! I'm so grateful for all the bugs you found, ideas you gave me, and the help you provided in improving the game's balance. As a result, there are now two versions of Trailblazer available to anyone:

The Demo can be downloaded from itch.io. A short list of changes can be found at the end of this devlog.

To join the Beta, DM me on Twitter @mf_Trailblazer, and I'll send you a patch that will upgrade your game to the Beta Version. A total of 5 Chapters are planned for the game, with the Beta Copy consisting of Chapter 1-4.  This will be the last public update, short of bug fixes or reworks prior to the game's full release (estimated late 2023).

How would you like to have a place in Trailblazer?

If you would like to have a cameo of yourself, your avatar, or the main character of your own game appear as a cameo in Chapter 5: All Aboard the Union Pacific, now is your chance! 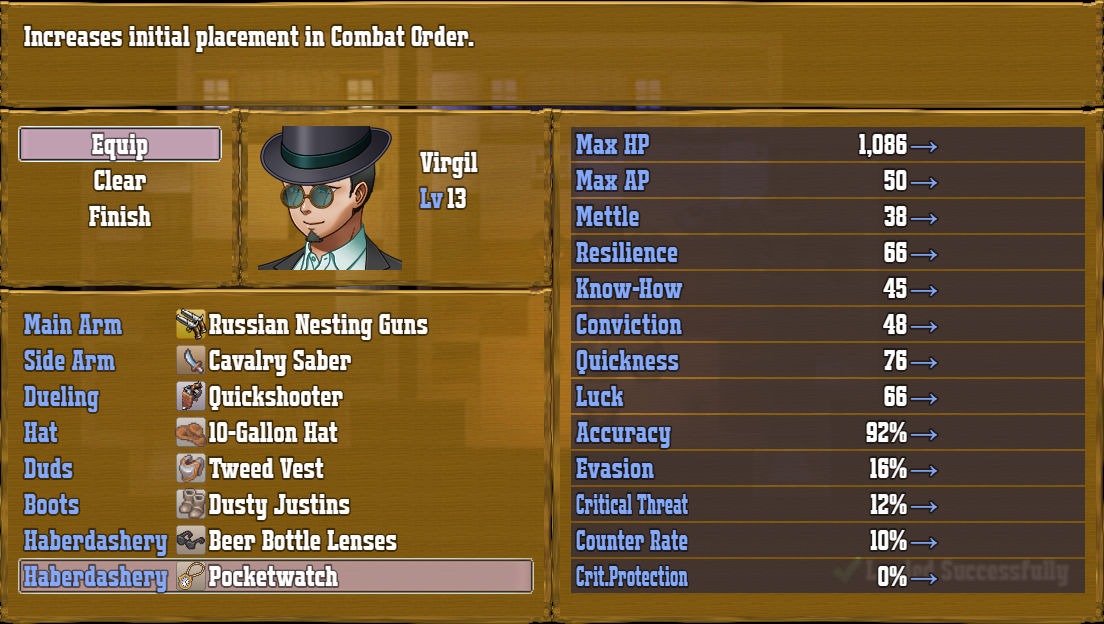 Somewhere in the first four chapters of Trailblazer is hidden a rare accessory: The Pocketwatch. While this accessory is incredibly powerful in its own right (allowing the user to start combat significantly further ahead in the combat order), it's also the key to you getting your cameo. Simply find the Pocketwatch and take a screenshot or video of its location.

Spaces for cameos are limited, so this prize is available only to the first 5 players who complete the challenge.